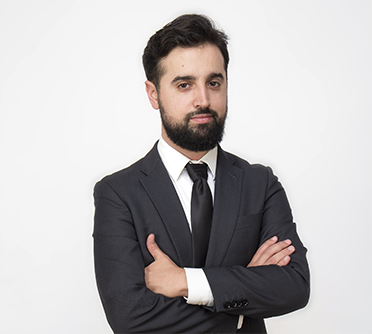 Expert lawyer in commercial law and especially in ICT Law, robotics and blockchain. Practice from 2013. It also serves customers from China as it is correctly expressed in Mandarin.

Associate lawyer in the Bar Association of Vigo.

Speaker at the Club Financiero de Vigo explaining the effects of the Safe Harbor Sentence on the 29 of January of 2016.

Speaker with the Legalthinking group explaining the possibilities of the biometric signature in its combination with the 17 March 2017 electronic signature at the University of La Coruña.

Speaker with the Legalthinking group in the Hobby with 2017 to talk about E-Sports and the legal regime of visas for players who attend tournaments outside their country (14 of July of 2017).

Co-organizer of the San Simon Blockchain, first legal event on Blockchain in Spain. It was held at the Club Financiero de Vigo with the aim of bringing the world of Blockchain closer to jurists from a double perspective (both legal and technological).